Success with High-end Finishes is Defined in the Details 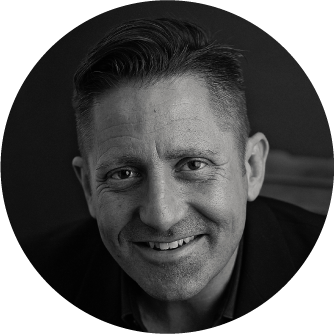 Luxury homes are filled with beautiful finishes that are highly coordinated with other finishes, furnishings and the landscape exterior.  Often, these finishes are expensive, bespoke, and tend to have a long lead time to procure.  But specifying exotic or rare materials is not the end means to designing and building a custom, luxury building. There is a certain art and skill required to seamlessly and successfully install high-end finishes. 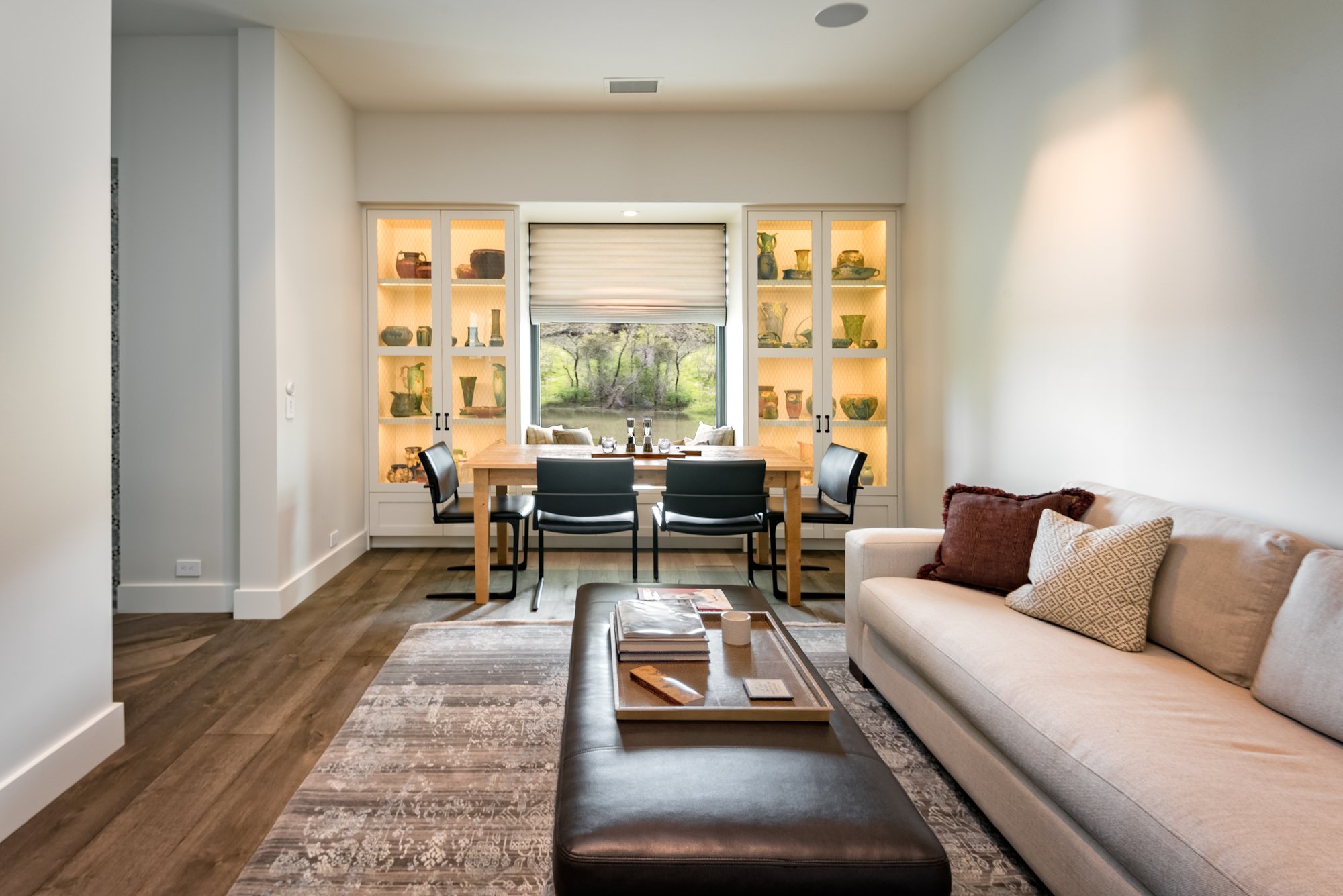 "God is in the details."

The success of any finish lies in the installation.  Critical thought needs to be considered in how finishes relate to adjacent finishes and building elements.  In a successful installation, finishes should appear as though the building was built around them.  While simple in principal, the process of a proper finish layout takes time and a lot of forethought.  Done poorly, your investment in finishes will feel like a waste.  Done well, and you will be left with a work of art.  As said by Mies van der Rohe, “God is in the details.”

Symmetry defines a home’s lavish interiors.  Every angle and detail needs to be carefully considered and executed.  Below are examples of how different finishes and elements were determined based upon creating a hierarchy of layout, creating patterns based on a common denominator of the material size, and establishing registration lines or datum for alignment. 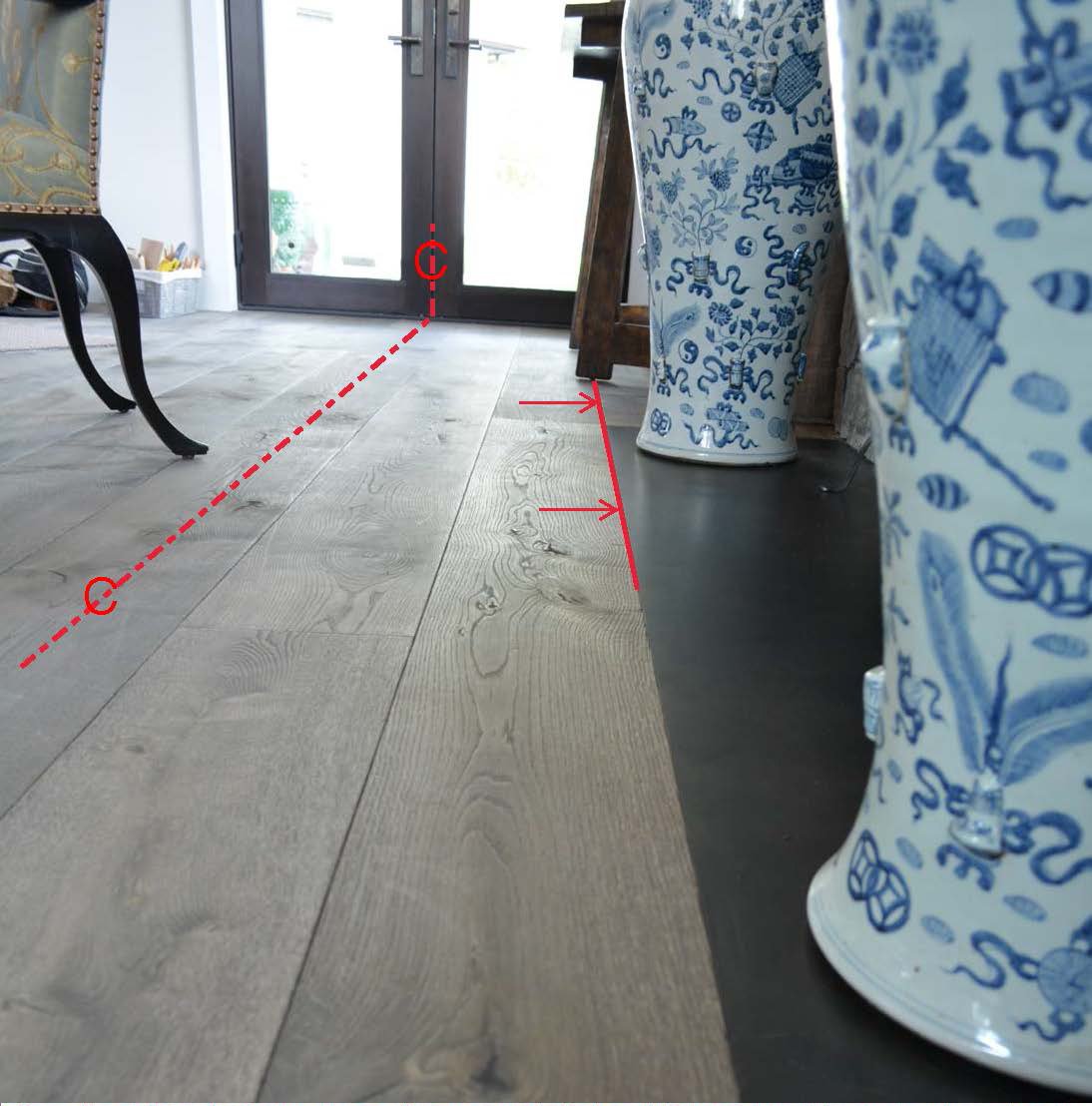 The flooring layout was first established by centering on the door in the background.  The coursing dimensions then defined the width of the flush steel hearth so that a full flooring board met the face of the hearth. 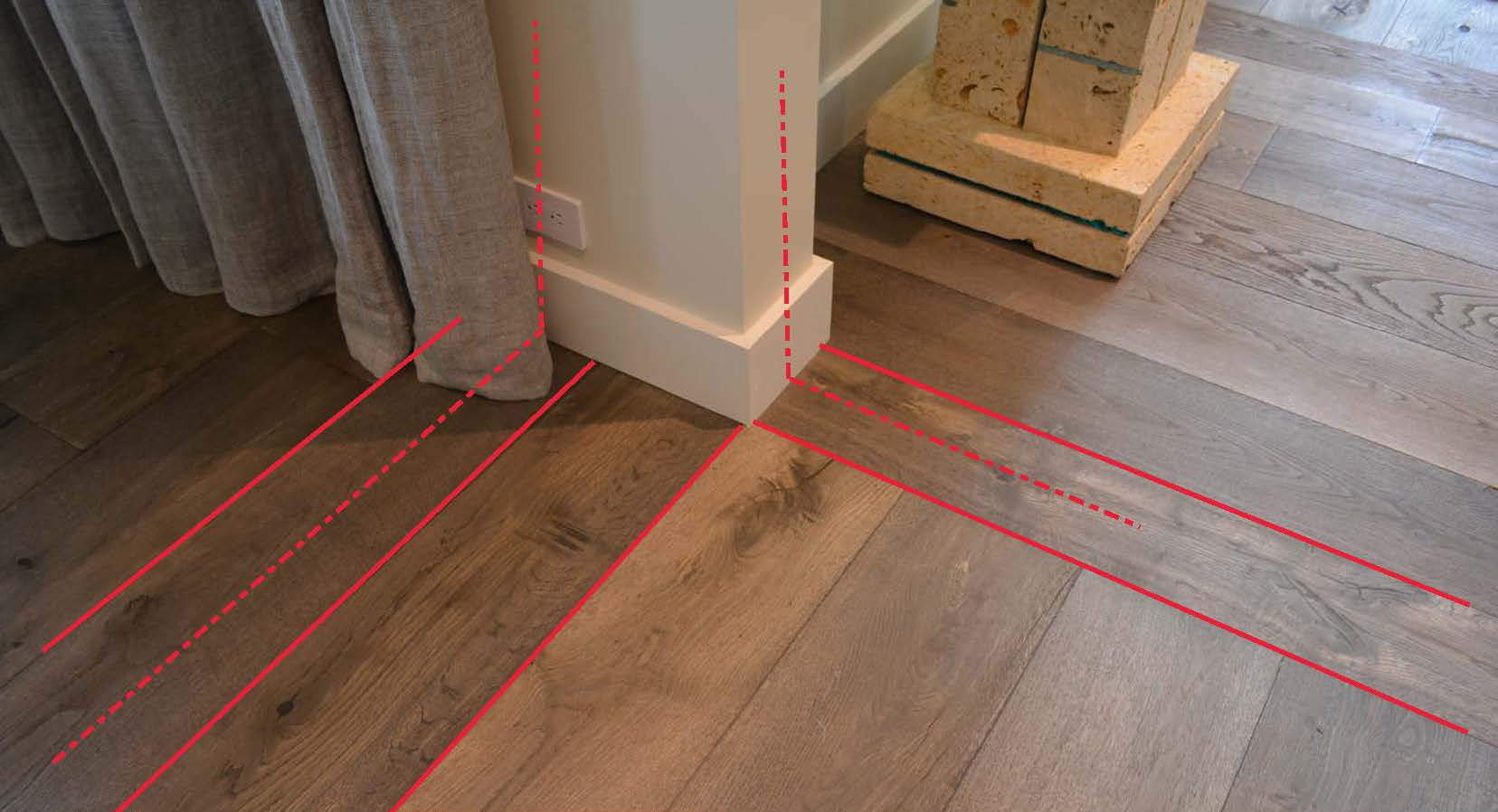 The flooring transition at this hallway’s opening treated the flooring board at the change in direction as a threshold, centered on the wall protrusion. The start point of the new pattern registered off of the wall corner so a full board meet the return on the wall. In this instance, there was also the opportunity to center the wall receptacle on the adjacent wood flooring board. 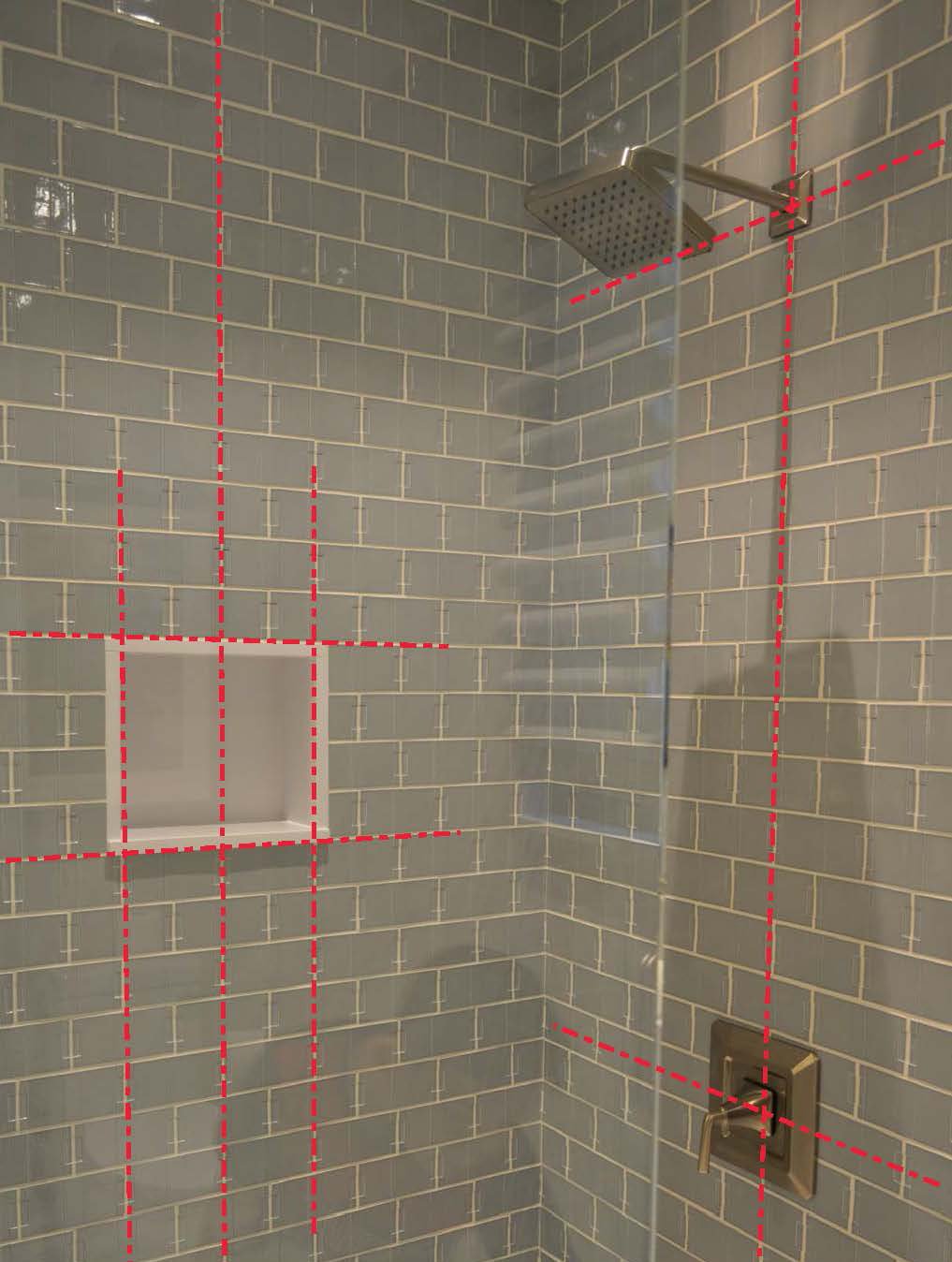 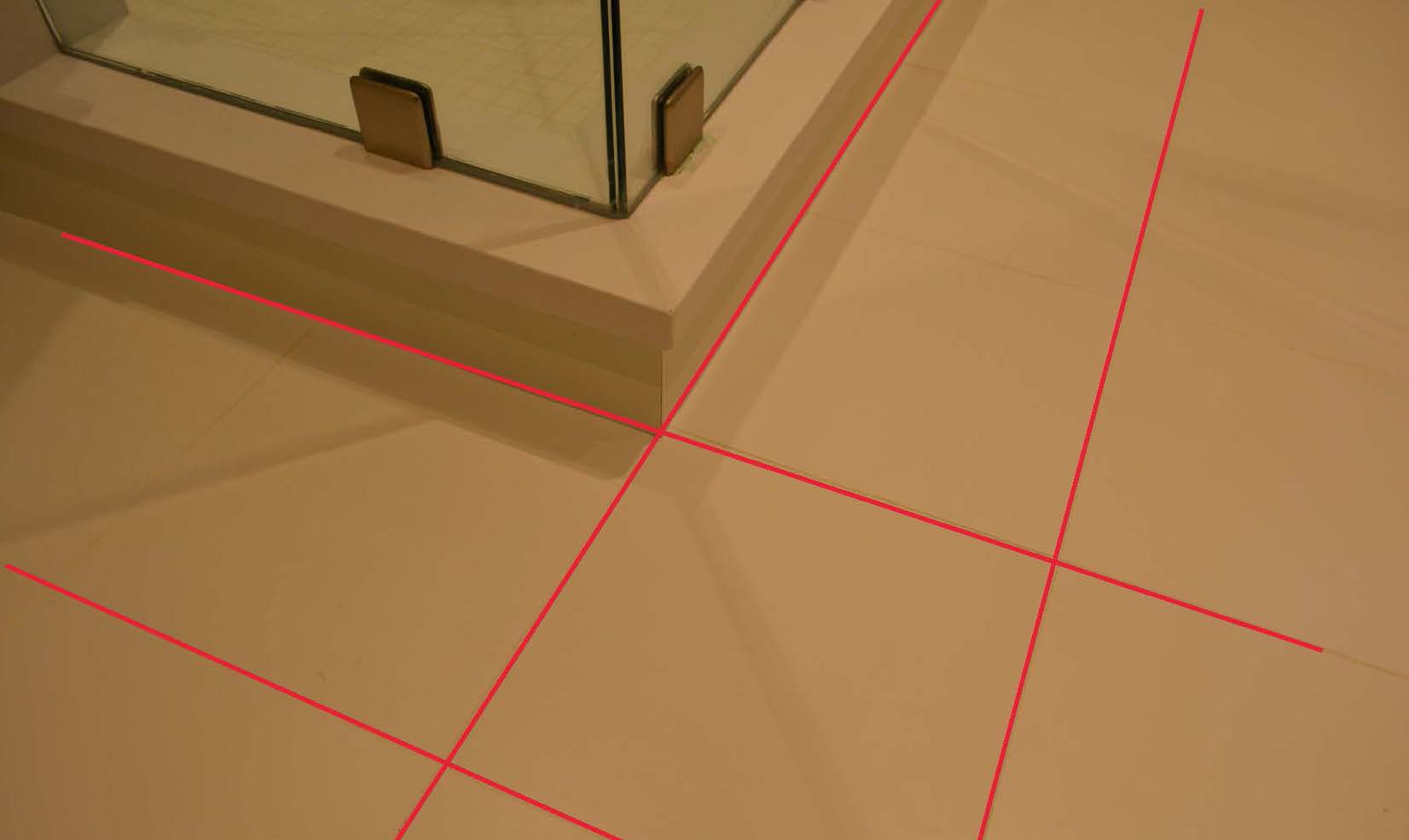 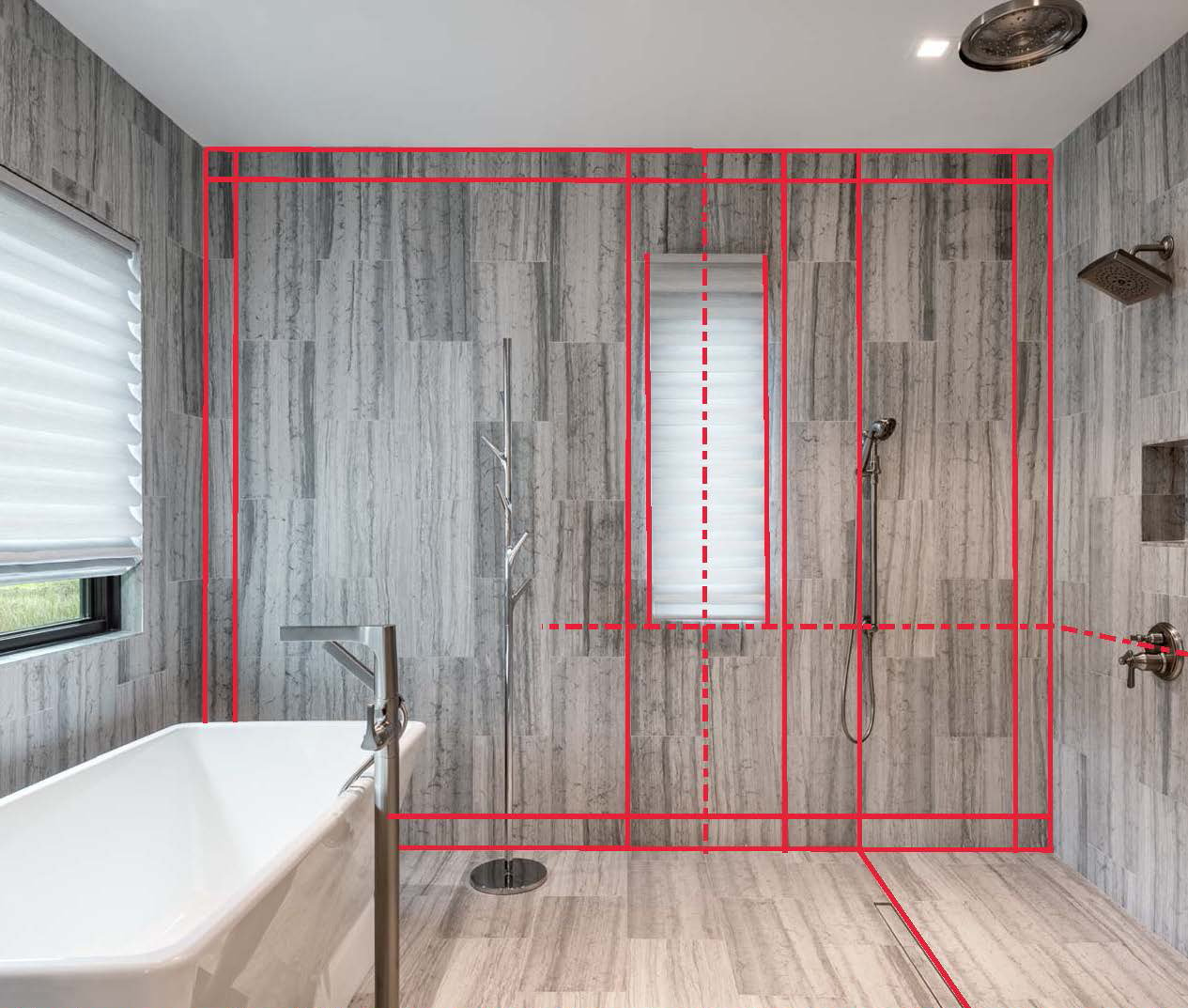 This shower room tile established a starting point centered on the room vertically and horizontally so that the perimeter boarder at the wall-to-wall and wall-to-floor/ceiling were equal.  The tile was also arranged so that the boarder tile on the sides of the window had equal margins. The window sill set a quarter point in the tile layout and established the vertically heights for shower valve and lower connections of the shower handheld and a grout joint in the floor aligns with the edge of the linear shower drain. 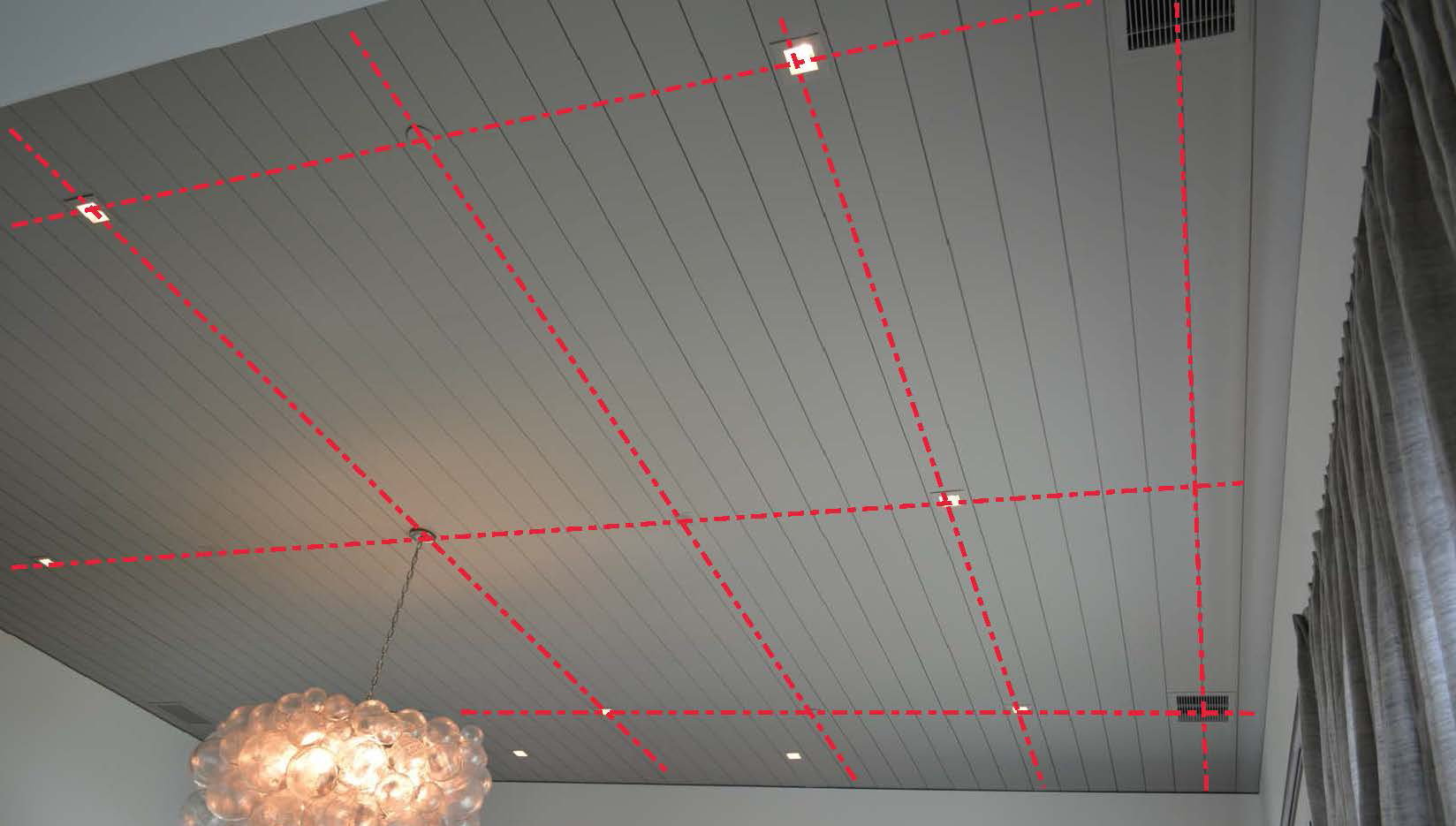 A grid of symmetry was established in both directions in this ceiling layout off of the chandelier. Recessed fixtures were second in layout, followed by fire sprinklers based on code separation. Speakers and HVAC grilles were tertiary in layout based on the grid lines established by the recessed light fixtures and sprinkler heads. Finally, all fixtures were required to center in a ceiling board. 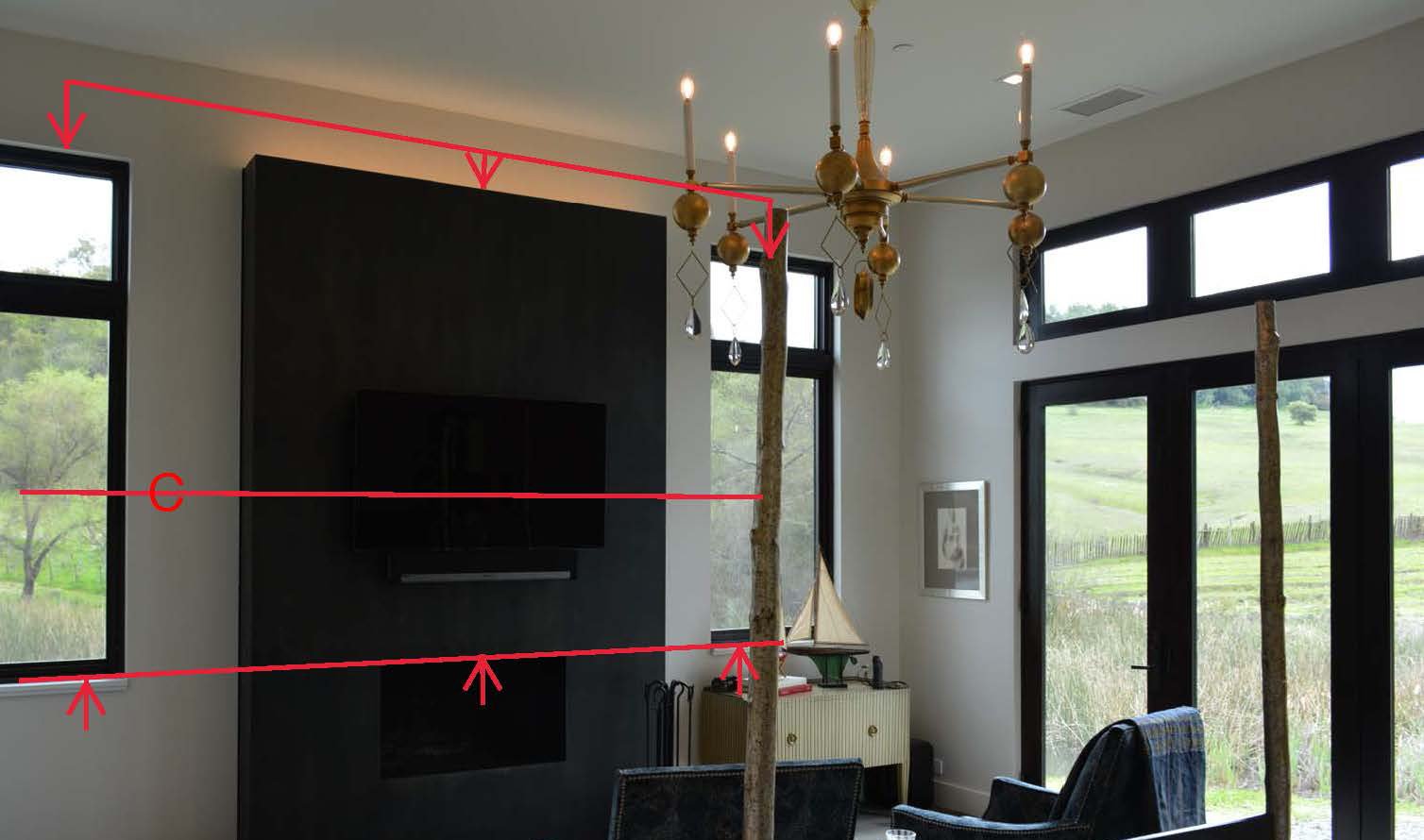 Now that you have a keener sense of now Nordby Signature Home's approaches details and finishes, do you want to learn more? Share any questions you may have about the installation of high-end finishes in the comment section below.